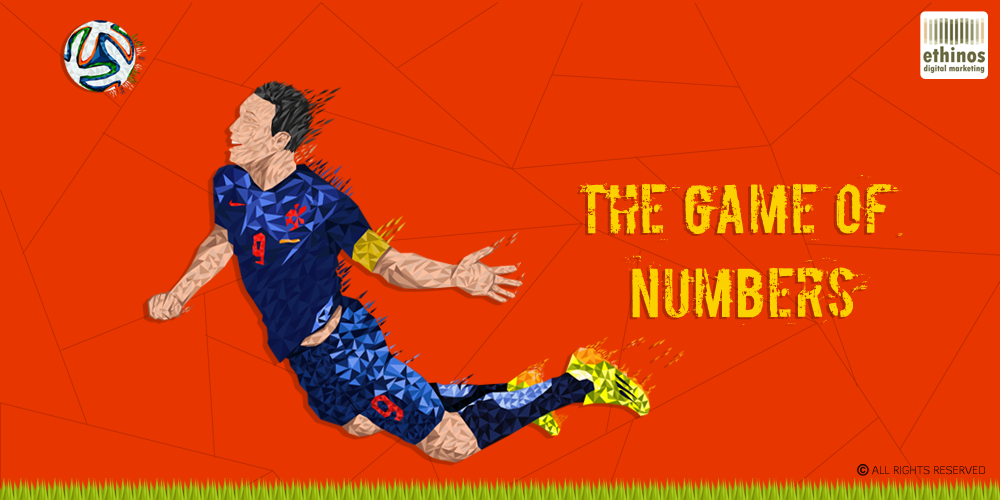 The world’s greatest show recently concluded on a grand note, leaving behind an incredible digital legacy for the years to come. During the World Cup, we kept an eagle’s eye out for statistics on the field as well as on the internet, to bring you the most interesting facts about FIFA World Cup 2014.

Here is some World Cup trivia that you might not know:

Want to see some more football numbers? Here are two infographics to fill you in on numbers and statistics, both, before and after the World Cup.

Facts and Figures of the FIFA World Cup 2014, Brazil ! from Ethinos Digital Marketing

And if all these numbers have put you in an awe of the online world, here are some details on what Facebook and Twitter brought to the World Cup, as they added a unique touch and twinkle to its tale. As you see in the image above, Facebook created a hub called Trending World Cup with latest scores and highlights from the game, an interesting newsfeed that incorporated posts from people talking about the event, and an interactive map showing the location of fans of top players. Oh! And how can we forget the ever charismatic Facebook Ref who kept fans entertained with his photos, videos, and comments before, during, and after the match!

Twitter took this a step further, driving the passion of fans towards customizing their Twitter accounts to show it off. New and existing Twitter users could choose their team by selecting a flag that would take its place on their Twitter profile picture. In order to view and join the conversations for the World Cup, users had to use #WorldCup or #WorldCup2014. There were match timelines showing tweets about that particular match in real time. There were also lists of players, brands, and sponsors related to each team; with scorelines along the side of the timeline.

Hashflags were another fun addition, wherein after mentioning a three-letter country code, the flag of that country would appear.

There was an article that claimed that country codes did not meet FIFA guidelines, but all said and done, the hashflags made Twitter and the World Cup interactions a lot more colourful.

Based on players’ popularity online, we created a Social Fantasy League, and here’s the line-up: From brilliant use of social media marketing, to goal line technology, to vanishing sprays, to flying drone cameras; this world cup has set a benchmark of innovation in actual on-ground techniques and digital marketing strategy for future sporting events to come.

What more interesting things will we see in the future? Have you given it a thought? What are you expecting from the next World Cup? Tell us in the comments!

Bringing the World Cup Alive, Again, with a One-of-its-Kind Infographic »